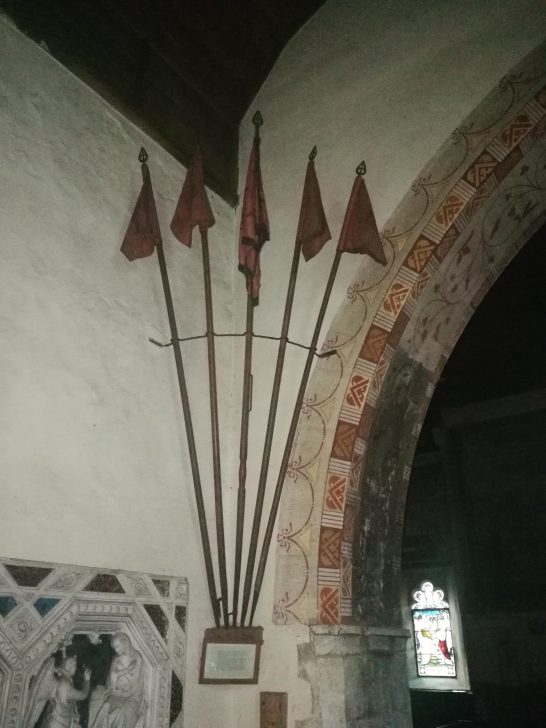 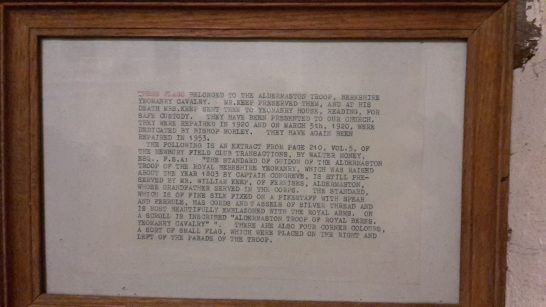 In the Autumn of 1804 Thatcham and Aldermaston cavalry the Newbury and Hungerford infantry, and the Kintbury Rifle Corps were inspected on Wickham Heath by Lieut-Col Sir N. Dukinfield Bart, the inspecting officer of the Berkshire Infantry `Volunteers; and afterwards reviewed by the Hon. Major Ludlow, Brigadier-General Gledstanes attending and were complimented on their efficiency and appearance.

In 1805, on June 8 the first Berks cavalry, the Thtacham and Aldermaston Cavalry, the Newbury, Shaw and Speen Infantry took part in a grand review of all the Berkshire cavalry and infantry volunteers, by King George III at Bulmarsh Heath. The review is described as being highly satisfactory, and the King before leaving the .Heath “expressly desired the Duke of Cambridge would communicate to the Commanders of the Cavalry and Infantry Brigades the particular gratification he felt in having thus witnessed the military perfection of his Berkshire ‘Volunteers.

The troop to parade in Marching Order on Monday next, at Theale green, and on Friday at Aldermaston, both days at eleven o’clock

The pennants in the picture are stored to this day in a corner of the Forster Chapel at St Mary’s Church.  The inscription beneath them reads:

THESE FLAGS BELONGED T0 THE ALDERMASTON TROOP, BERKSHIRE CAVALRY. MR.KEEP PRESERVED THEM, AND AT HIS DEATH MRS.KEEP SENT THEM TO YEOMANRY HOUSE, READING, FOR SAFE CUSTODY. THEY HAVE BEEN PRESENTED TO OUR CHURCH. THEY WERE REPAIRED IN 1920 AND ON MARCH 5th, 1920, WERE DEDICATED BY BISHOP MORLEY. THEY HAVE AGAIN BEEN REPAIRED IN 1953.
FOLLOWING IS AN EXTRACT FROM PAGE 210. VOL.5, OF NEWBURY FIELD CLUB TRANSACTIONS, BY WALTER MONEY, ESQ., F.S.A: “THE STANDARD OF GUIDON OF THE ALDERMASTON TROOP OF THE ROYAL BERKSHIRE YEOMANRY, WHICH WAS RAISED ABOUT THE YEAR 1803 BY CAPTAIN CONGREVE. IS STILL PRESERVED BY MR. WILLIAM KEEP, OF FEBRISES, ALDERMASTON, WHOSE GRANDFATHER SERVED IN THE CORPS. THE STANDARD, WHICH IS OF FINE SILK FIXED ON A PIKESTAFF WITH SPEAR AND FERRULE, HAS CORDS AND TASSELS OF SILVER THREAD AND IS MOST BEAUTIFULLY EMBLAZONED WITH THE ROYAL ARMS. ON A SCROLL IS INSCRIBED “ALDERMASTON TROOP OF ROYAL BERKS. YEOMANRY CAVALRY” “. THERE ARE ALSO FOUR CORNER COLOURS, A SORT OF SMALL FLAG, WHICH WERE PLACED ON THE RIGHT AND LEFT OF THE PARADE OF THE TROOP.