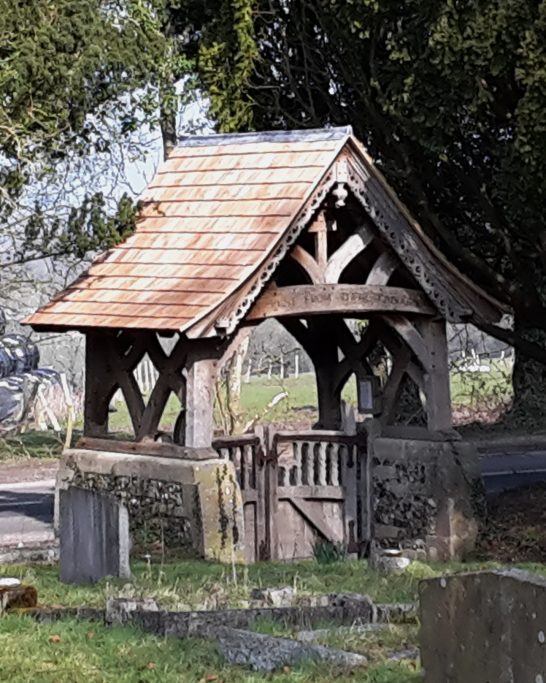 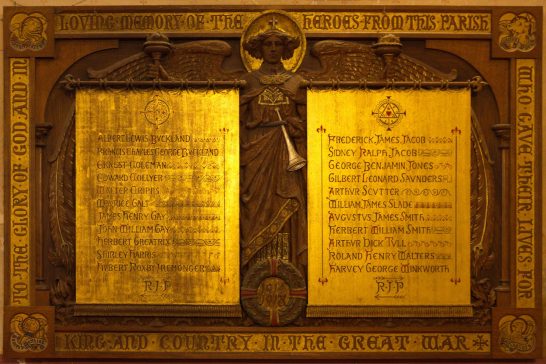 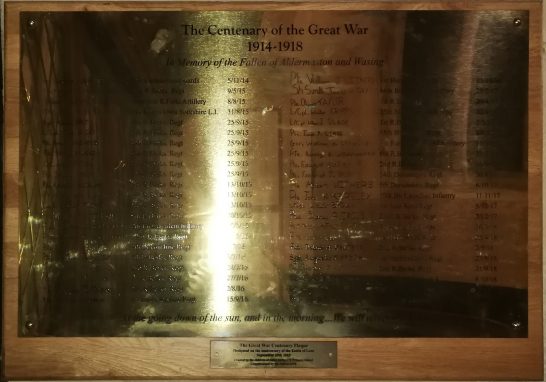 Aldermaston celebrates and remembers those men from Aldermaston that lost their lives in the Great War  of 1914-18 with the Lychgate at the church.

The Lychgate is the village’s war memorial put up around 1920.

The original Roll of Honour in the church commemorates 22 men who lost their lives.

A new Roll of Honour was put up in the church in 2015 to commemorate the 100th anniversary of the Battle of Loos. The battle at which many of the fallen lost their lives as part of the Berkshire Regiment.

This new plaque was the result of the work of historian David Whithorn whose research found another 22 men with connections to Aldermaston that lost their lives in the 1914-18 conflict.

A new total of 44 men are now remembered and celebrated every Rememberance Day service.

The plaque was created with a donation form A.W.E. and has inscribed the names of all 44 mean in both type and hand-writing. It was presented to the Church on the Centenary of the Battle of Loos on 25th September 2015. The 44 names were hand-written by 44 children at Aldermaston Primary school.