The very first known manor house was built around 1115 by Sir Robert Achard- no trace remains but it was reputedly a quadrangle as were many buildings of the day. The next was built around 1370 by Sir Thomas de la Mare. This was replaced in 1636 by Sir Humphrey Forster who removed the magnificent chimneys from the older house, brick by brick, and rebuilt them on his new building. The two engravings below show the building from slightly different angles, together with the church which itself shows hardly any change from its outer appearance in 2020. 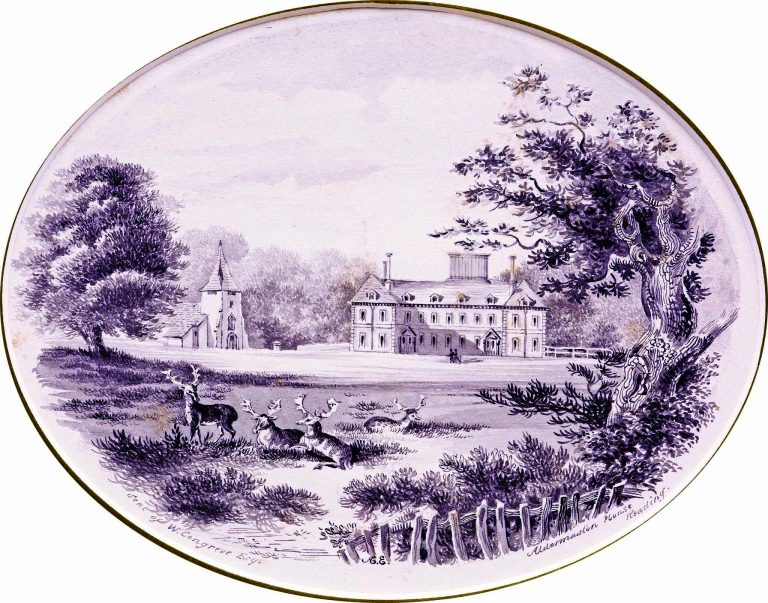 Manor House 1636- sketch by “AE”. Bottom left is written “Seat of Wm. Congreve” who lived from 1780 till 1843. The deer in the foreground are remarkably relaxed- perhaps it was out of season? 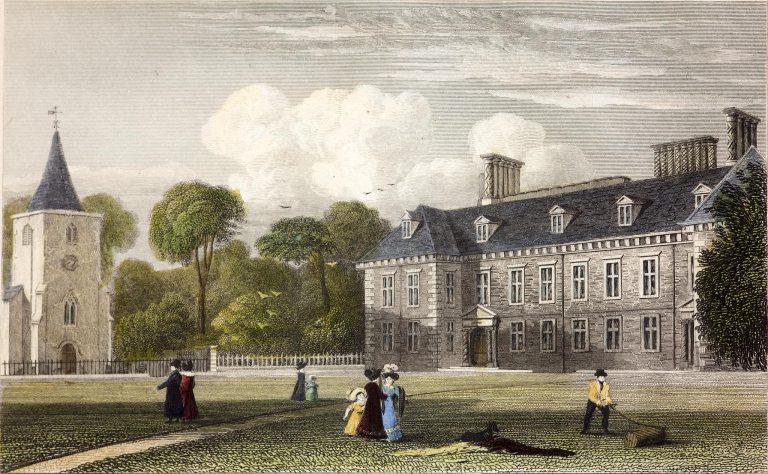 When this building burned down in 1846, Mr Daniel Higford Burr and his wife incorporated many surviving features into the new house which they built in 1851- again including the chimneys, which can be seen in the post Aldermaston Manor House 1851- exterior Below is the original, 1636 foundation stone which they also built into the entrance to their new home. 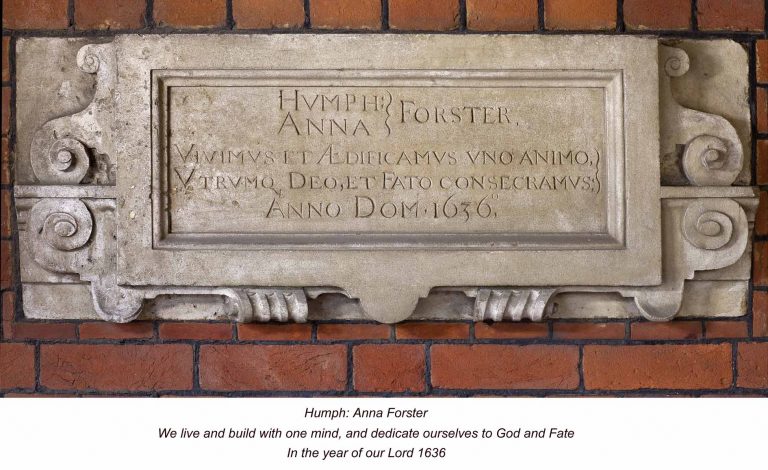 Of the 1636 building itself the only remaining trace is the entrance to the cellars, now protected by iron railings. Ice from the lake was probably transported to this cellar to cool the contents for a while when Spring arrived. This is located some 100 metres to the right of the church entrance.

Another surviving feature was the staircase with attendant wooden statues. The 1636 original is shown below but the Higford Burrs reconstructed it in their new Manor House to rotate in the opposite direction. For details, see the separate post “staircase and wooden statues”. 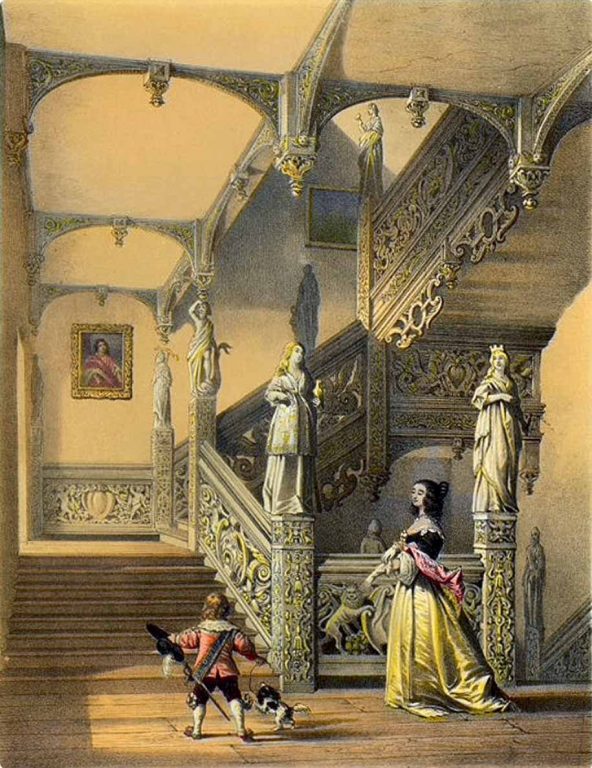