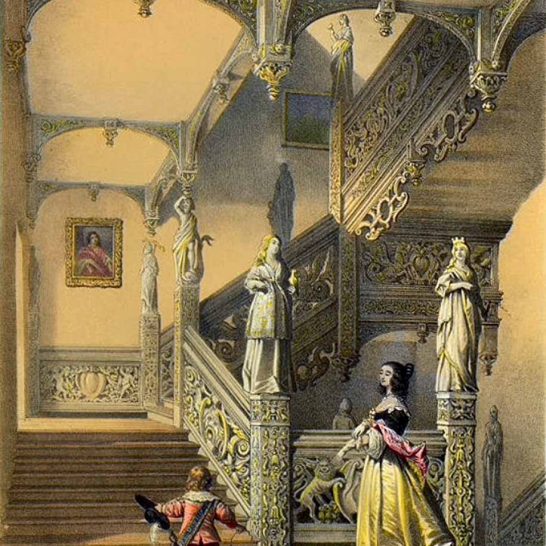 Staircase in the 1636 house 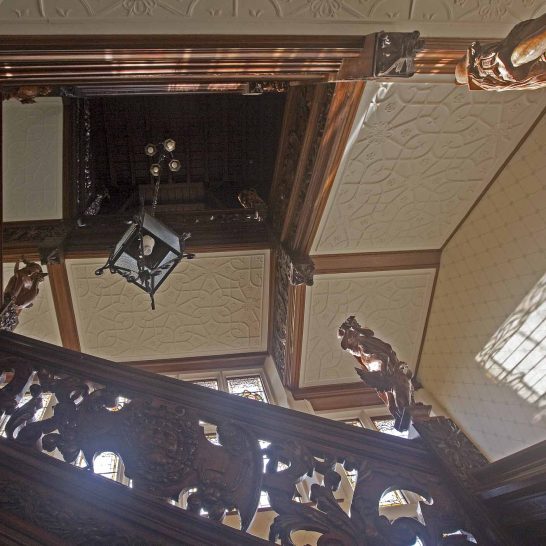 Staircase in the 1851 House 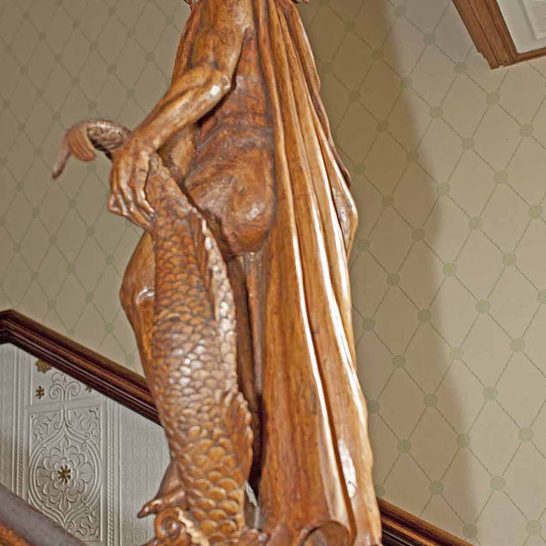 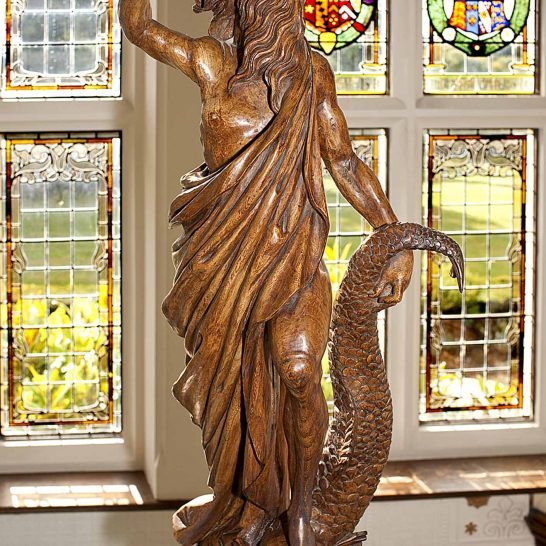 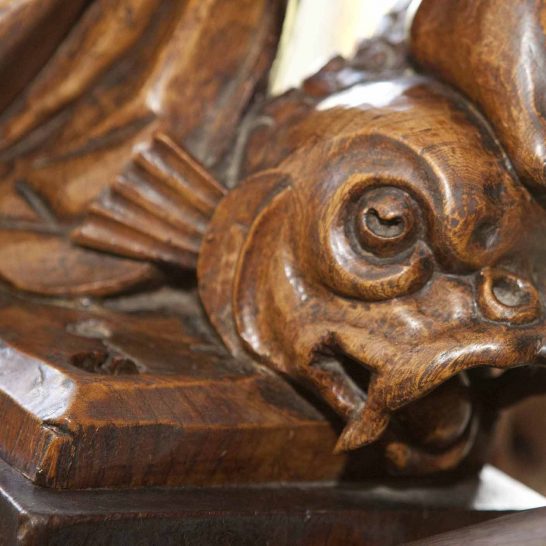 Close up of head of Neptune's sea monster
Peter Oldridge 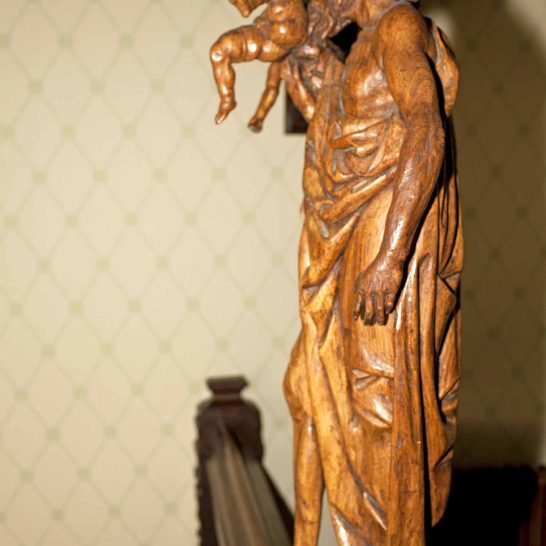 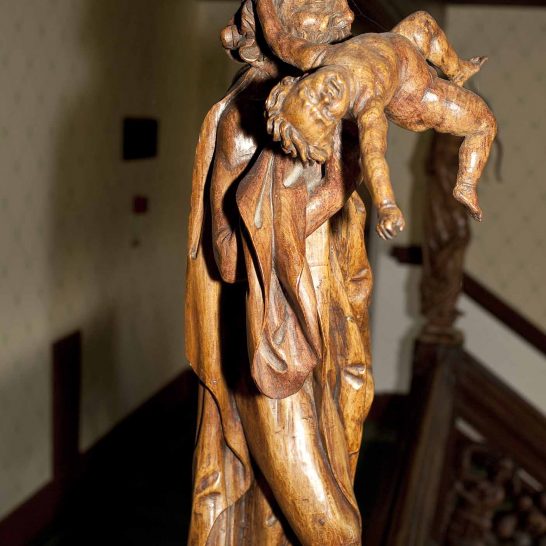 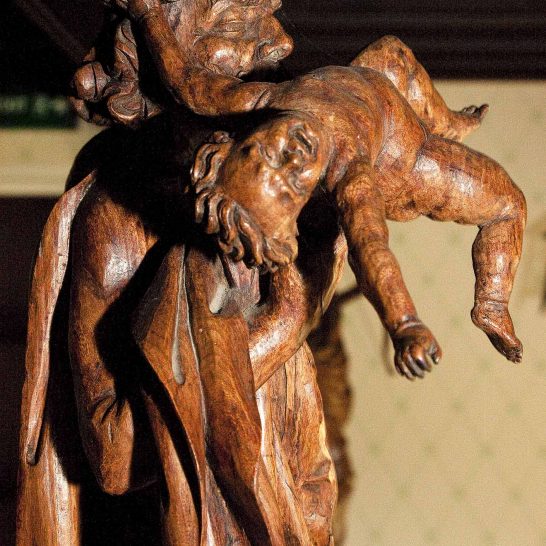 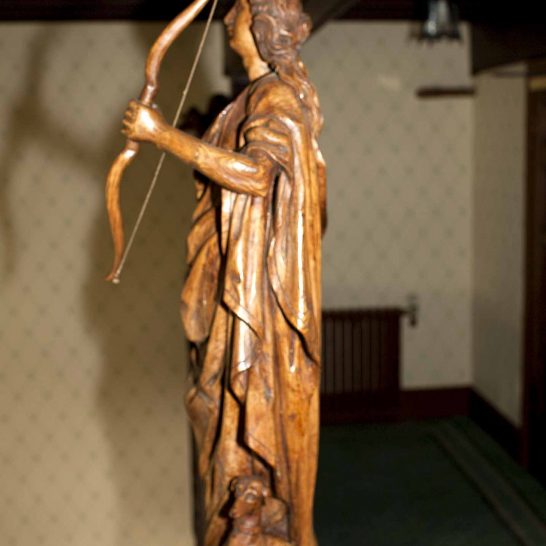 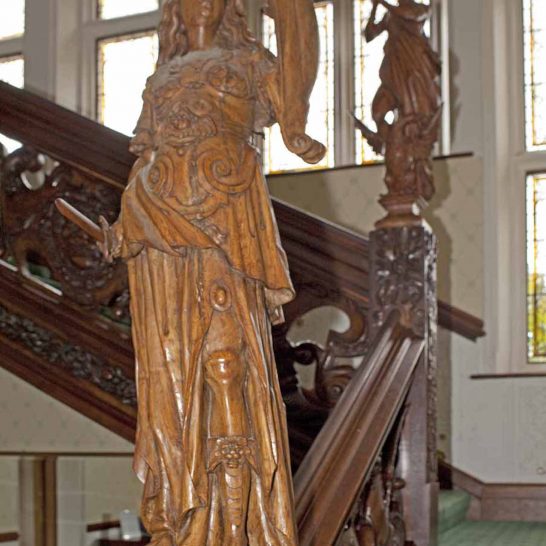 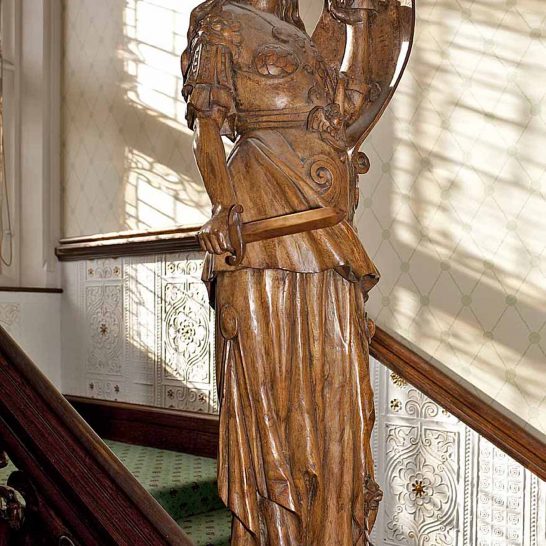 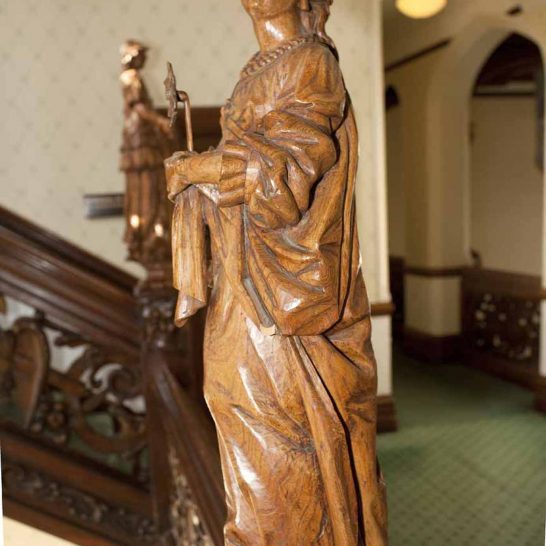 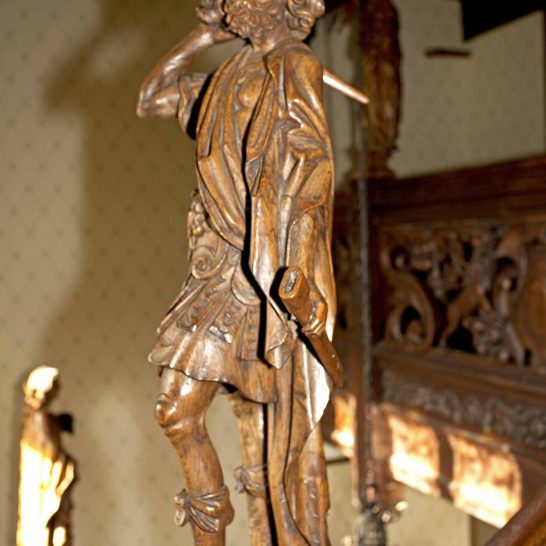 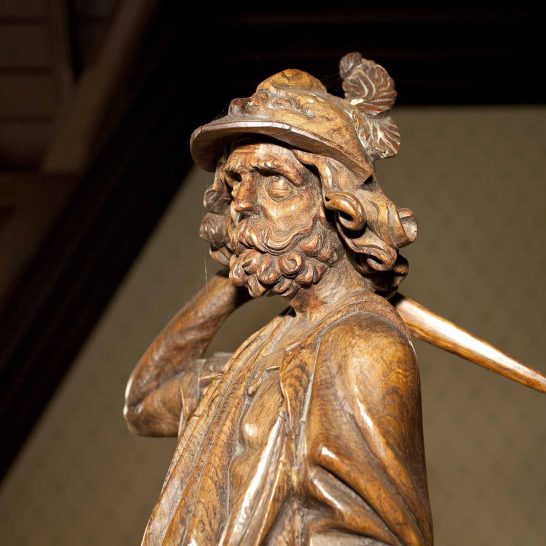 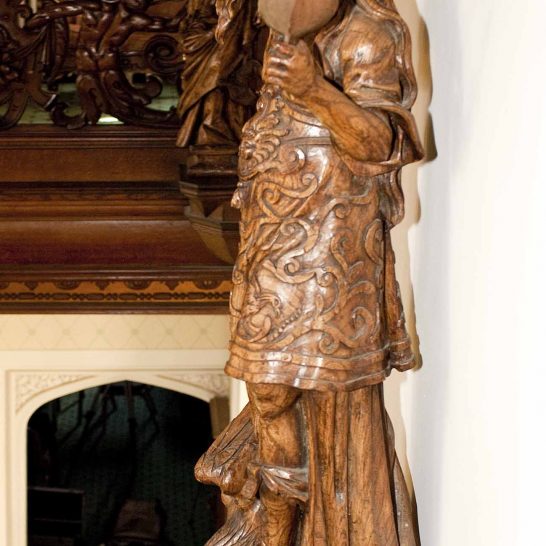 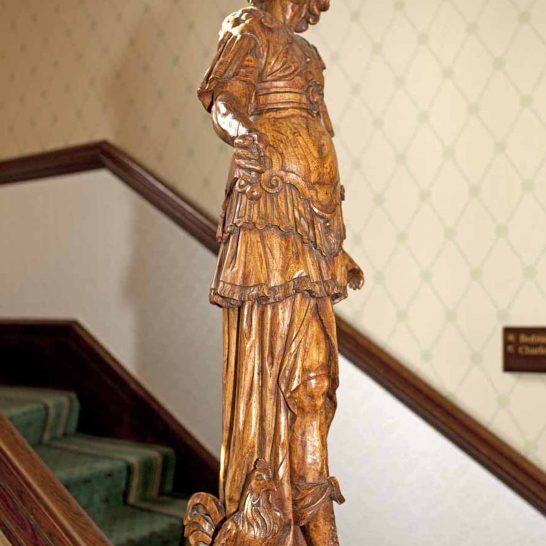 Another view of Mercury 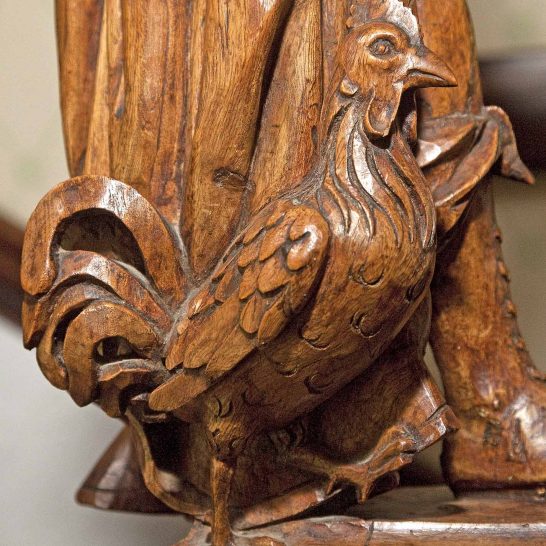 Detail of cockerel at his feet 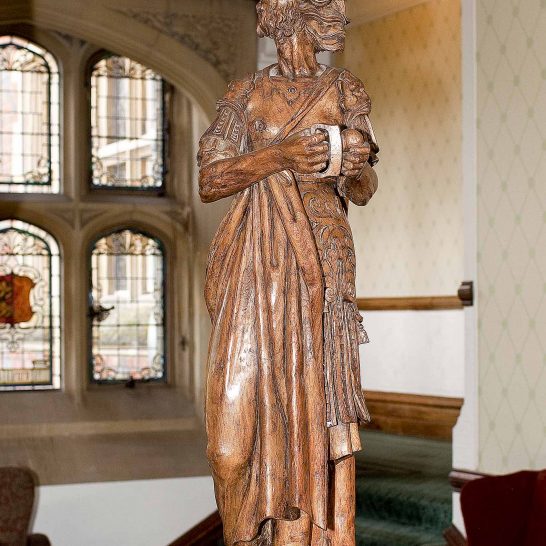 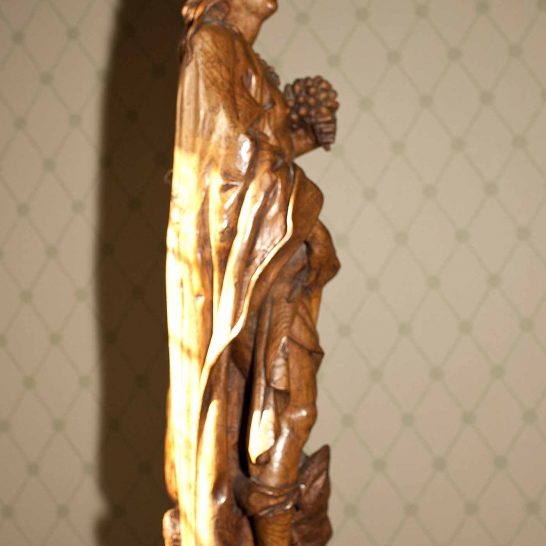 As yet unidentified. Holding flowers or fruit? 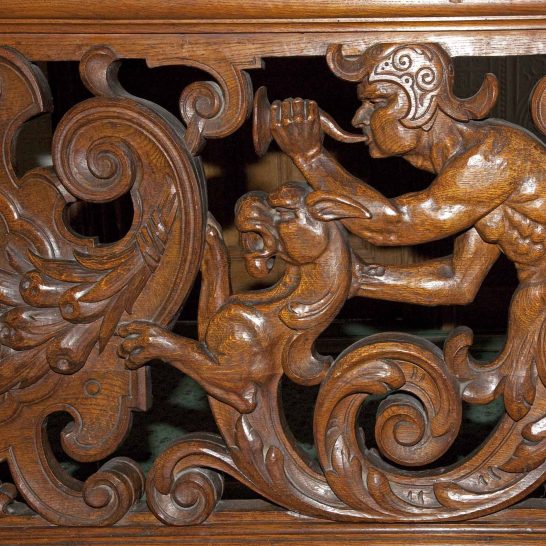 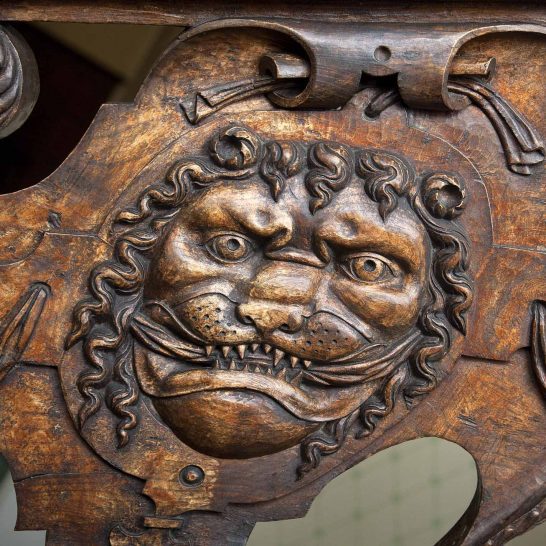 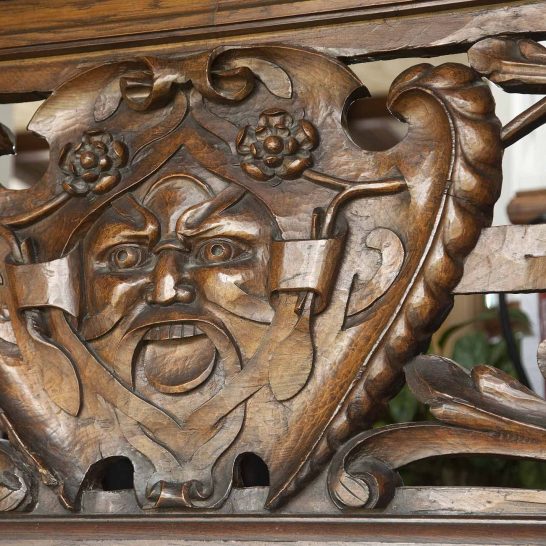 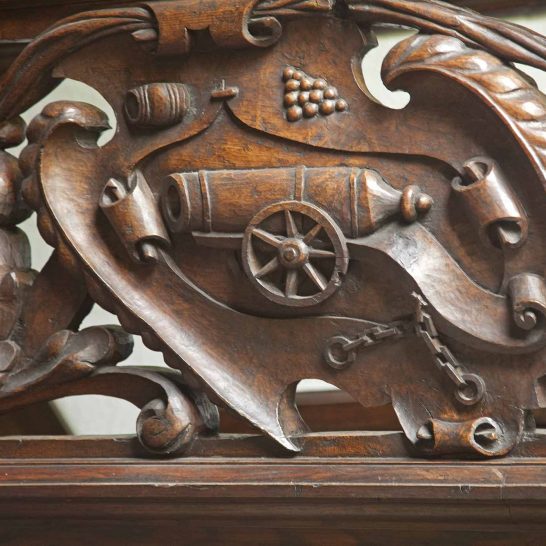 Detail from the staircase- a cannon 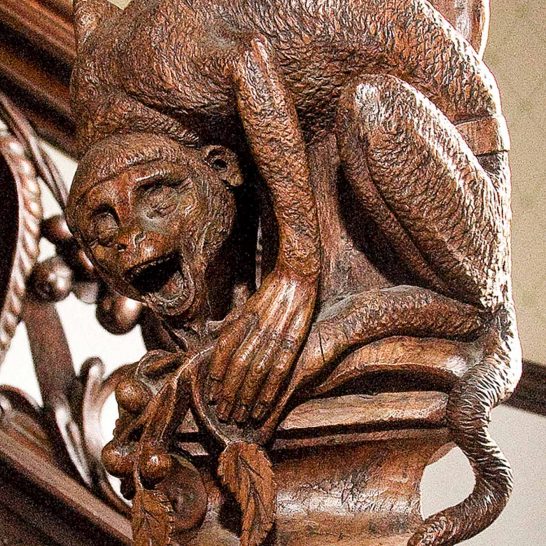 A demon at the foot of a statue

Originally installed in the 1836 Manor House, the magnificent oak staircase and its nineteen cherry-wood statues survived the disastrous fire which consumed most of that building in 1843. Eight years later, Mr Daniel Higford Burr and his wife decided to build a new Manor House but to incorporate many items from the previous building.

In fact, the Higford Burrs rebuilt the staircase rotating the in the opposite direction- and there is a very odd section at the top which does not match the floors of the new building. Photos of some of the magnificent wooden statues are shown above. They include mythical figures from Roman and Greek mythology and also famous and local figures. The first image  shows the staircase in place in the previous, 1636 house while the second photo shows how the staircase as re-installed in 1851 has been “handed” to wind the other way. Noteworthy are the first three photos of Neptune which follow: at least up till the 1980’s he held his trident aloft in his right hand: today his hand is empty, thanks to some unscrupulous visitor or guest! Next, right at the top of the staircase is the most dramatic figure, a bearded man preparing to hurl a baby into the abyss. This is presumably represents Abraham. Following is clearly Diana the Huntress. While many of the statues have yet to be identified, the above photos give some idea of the extraordinary quality and attention to detail of the carvings. The last image, of a leathery demon crouching at the foot of one of the statues, is exceptionally fine.