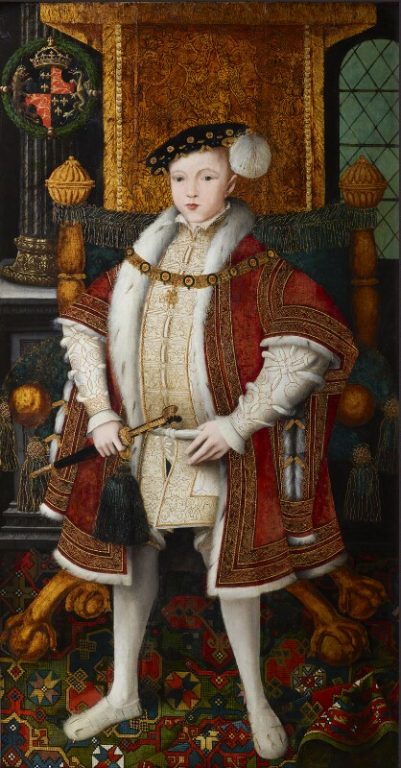 This book “Parish Church Goods in Berkshire, A.D. 1552” a was published in 1879. The author was Walter Money F.S.A.c who transcribed the text from the original records.  The book  was subtitled  “Inventories of Furniture and Ornaments remaining in certain of the Parish Churches of Berks. In the last year of the reign of KING EDWARD THE SIXTH b”

3 bells weighing 16 cwt. A Sanctus bell weighing ½ hundred. A hand bell weighing 5lbs 2 candlesticks of brass weighing 9 lb 2 Small candlesticks weighing 7 lbs Crosses of latten (alloy of copper and zinc) weighing 2 lb one cross of lead weighing a pound and half. A pair of Cruettes (flasks) of tin price 4d. a holy water pot of brass weighing 2 lb A certene of old iron weighing 12 lbs a cope (mantle) of russet velvet 3 vestments on Satin Bridges (from Bruges) bordered with gold, one of white damask (Damaskcus cloth) & one of black fustane ( Fustian from Naples) 2 surplice 3 towels one of dyper ( fine cloth) and 2 of linen 2 corprisses ( fine white line of velvet embroidered with gold. A chalice of silver part gilt (on the inside) weighing 18 ounces. A pixe (case) of latten weighing ½ lb A canopy with a covering of ffustyane (fustain cloth) A banner cloth of silk & 2 old streamers 2 flasks price 4d. a Sanctus bell price 2d, pillows price 8d 5 old altar cloths and all the foresaid parcels safely to be kept.

a Full text is online at archive.org and  digitised by Google

More information on the Friends of Newtown Road Cemetery, Newbury