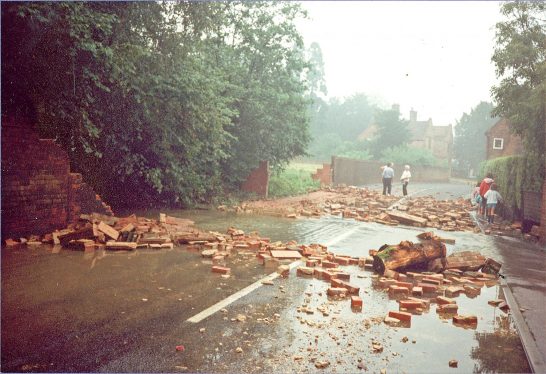 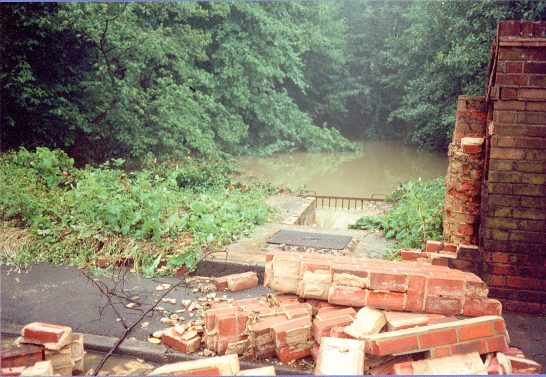 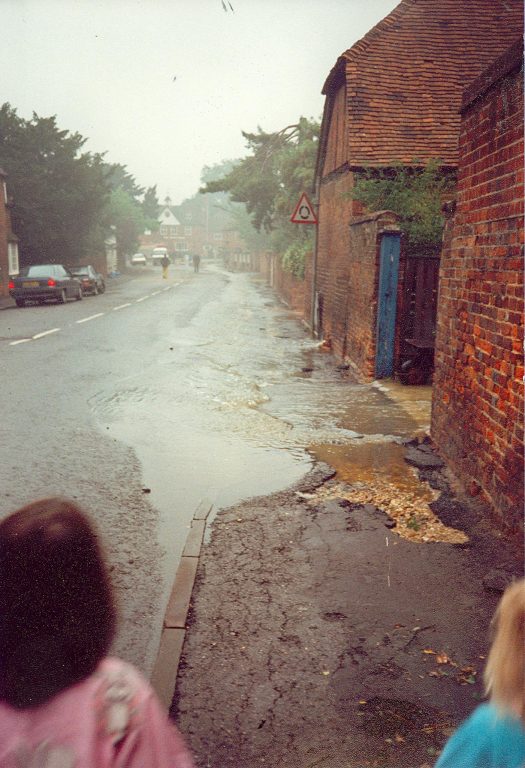 zoom
The Street after the flood 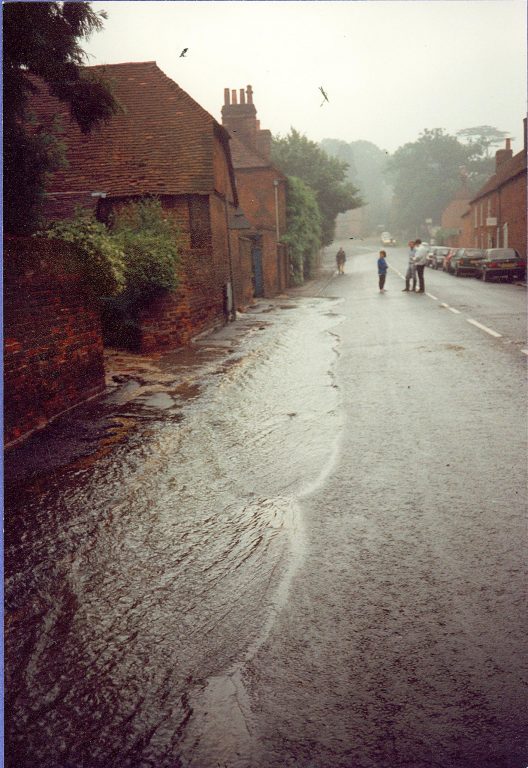 zoom
The Street after the flood

Following torrential rain in the late afternoon on 6th July 1989, run-off apparently from AWRE caused the lake at Aldermaston Court, then owned by Blue Circle plc, to overflow resulting in a section of wall in Church Road collapsing.

This released significant quantities of water which flooded houses on the east side of The Street and on both sides at the northern end of The Street near the Hinds Head.

The scale of the inconvenience was offset by the tremendous community spirit, when neighbours rallied round and offered each other support and practical assistance.