Aldermaston Pottery- tributes to local villagers. Comments below the photographs 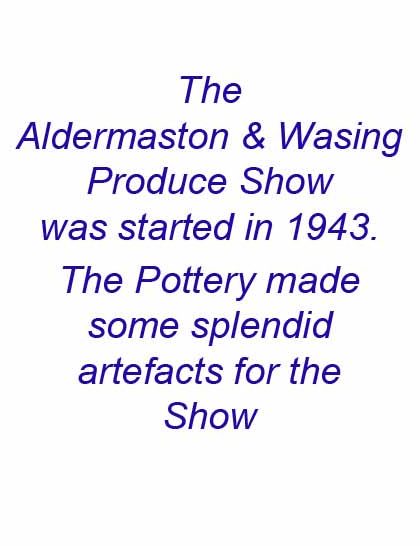 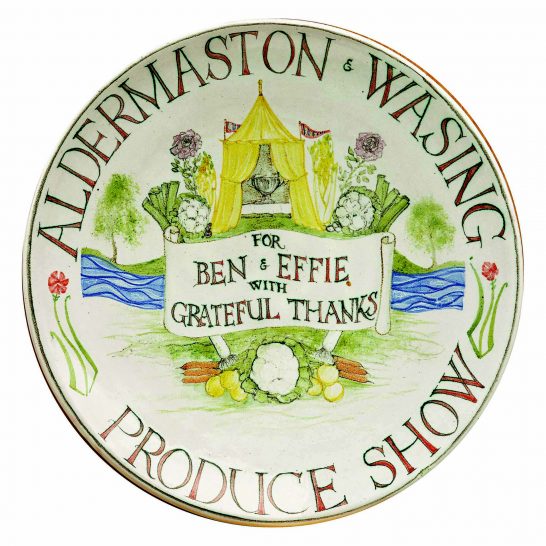 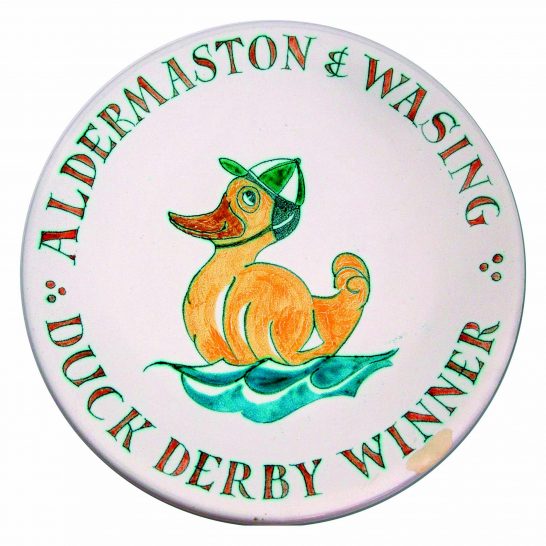 A plate awarded each year on behalf of the Show's Duck Derby. 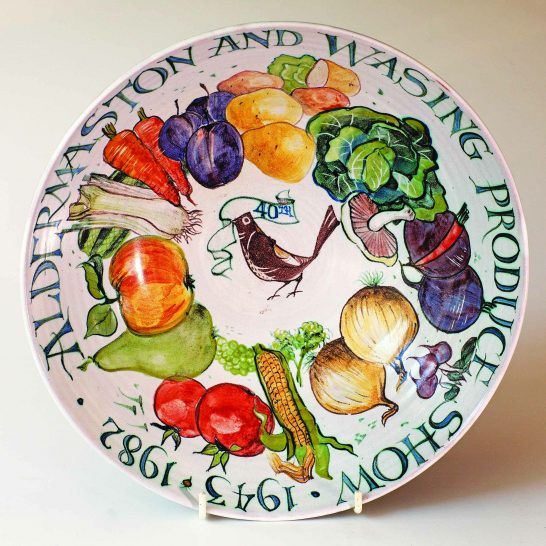 An exquisite cup presented to Olive Ford to recognise her many years of service as Show Secretary, A total of four views shows the inscription running around the cup. 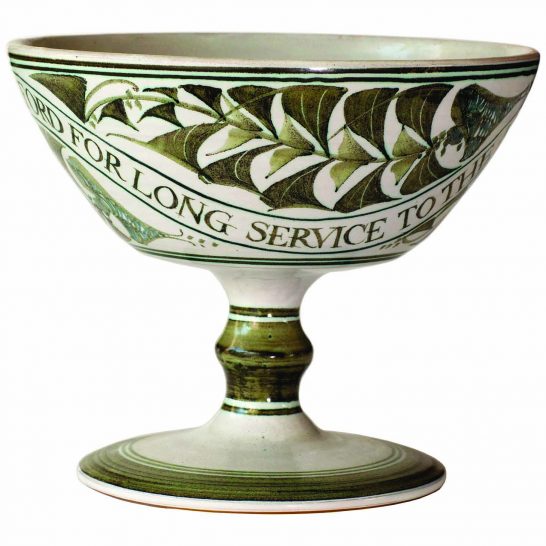 A second view following the inscription 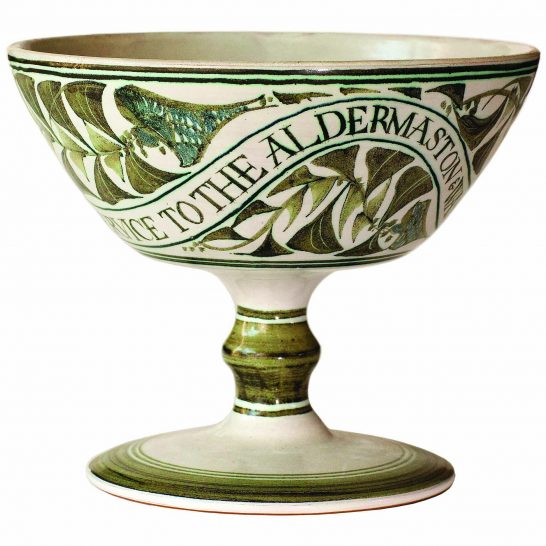 A third view following the inscription 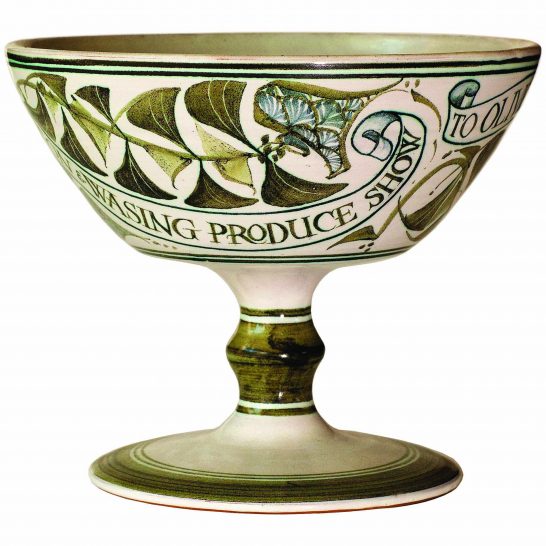 A fourth view showing the end of the dedication. 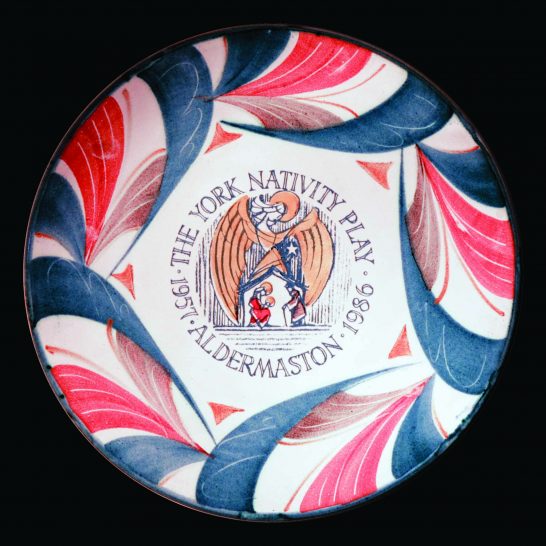 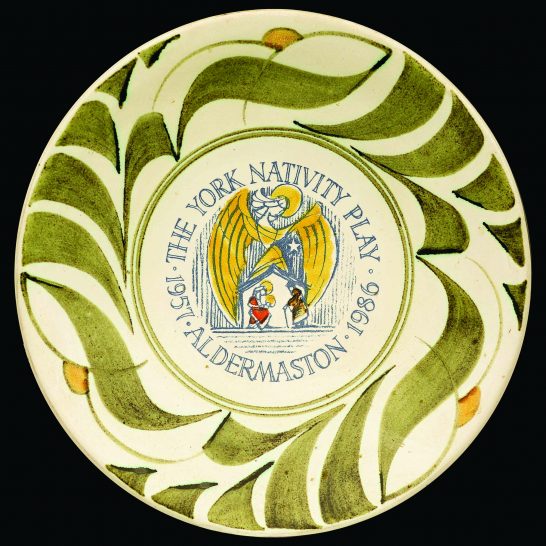 An alternative plate in green celebrating the Play's 30th year 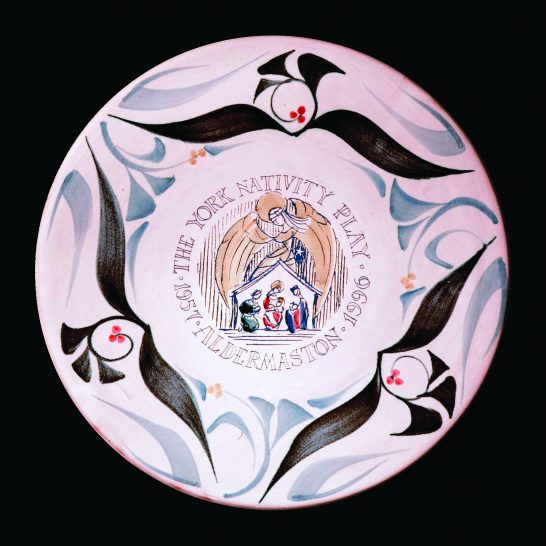 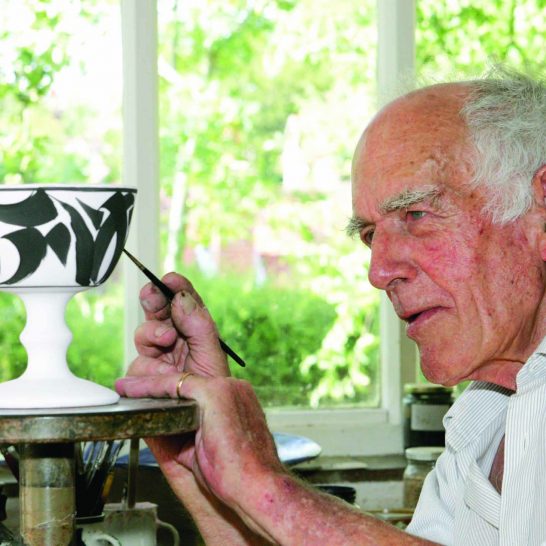 Alan Caiger-Smith painting the chalice produced for the Play's 50th year. The finished masterpiece after firing is shown next.
Peter Oldridge 2006 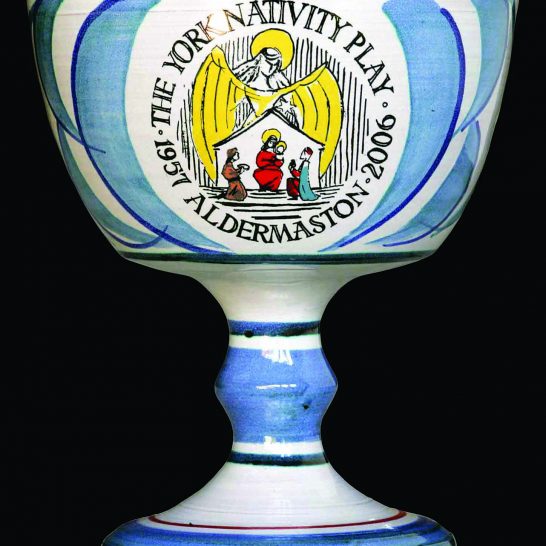 The finished chalice after firing- all the colours have been transformed by the heat of the kiln. 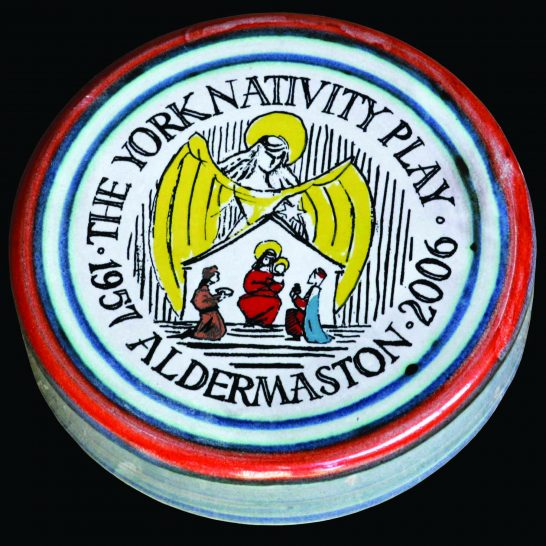 A paperweight was also produced for the 50th anniversary. 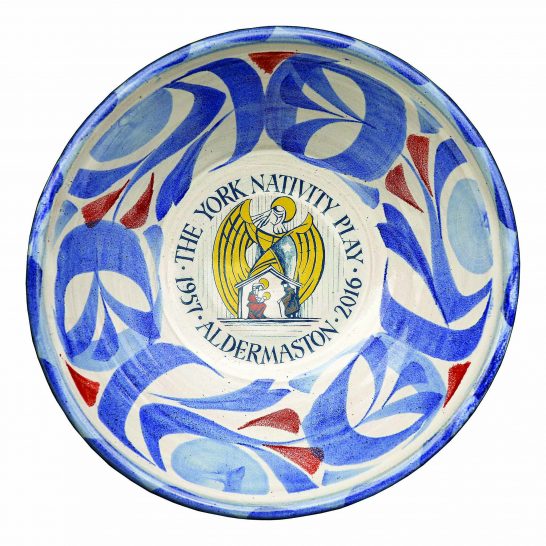 For the Play's 60th year, this plate was produced. 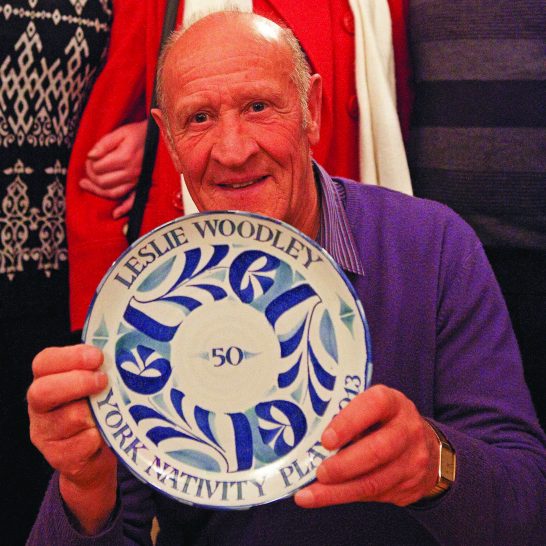 Les Woodley was presented with this plat to mark his 50th year as shepherd.
Peter Oldridge 2007 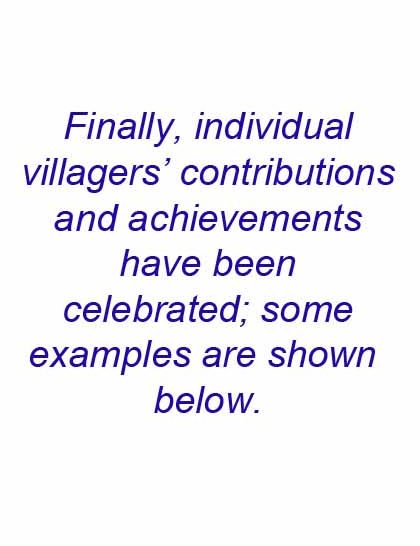 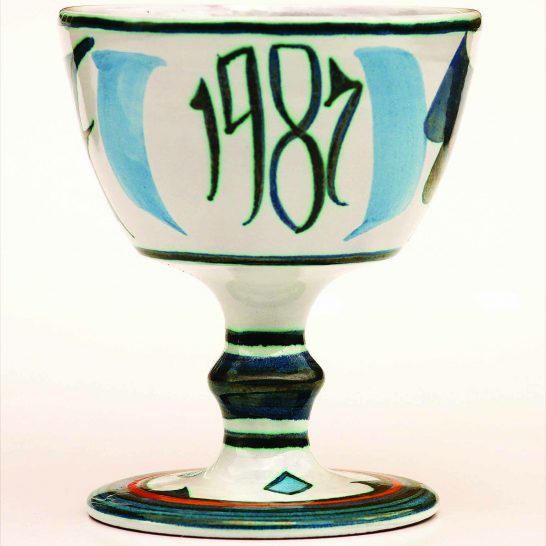 This chalice was made for a communal service. 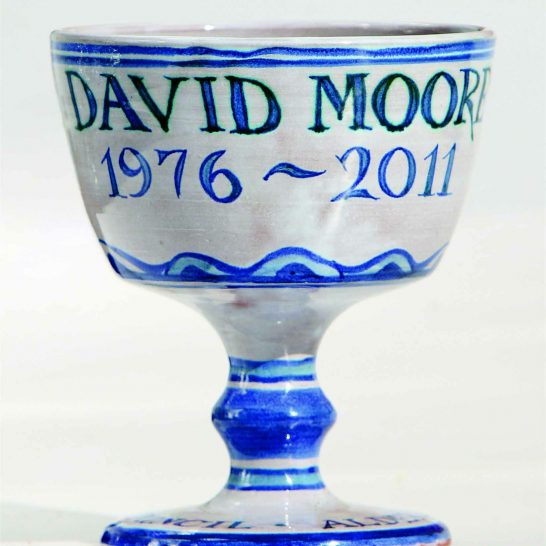 A cup presented to the Chairman of the Parish Council to mark his 35 years of service. 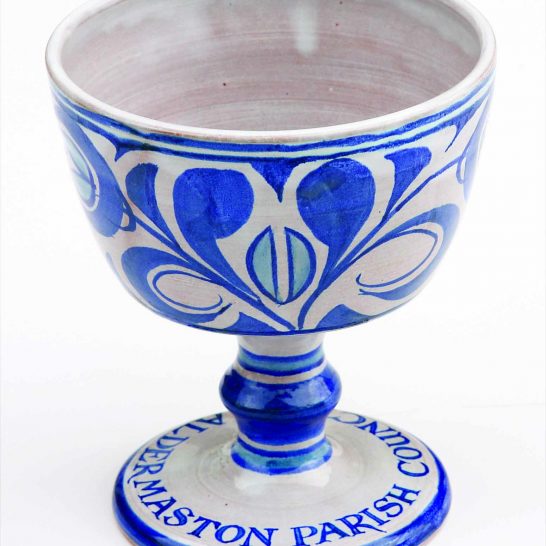 The inscription running around the rim of David Moore's cup. 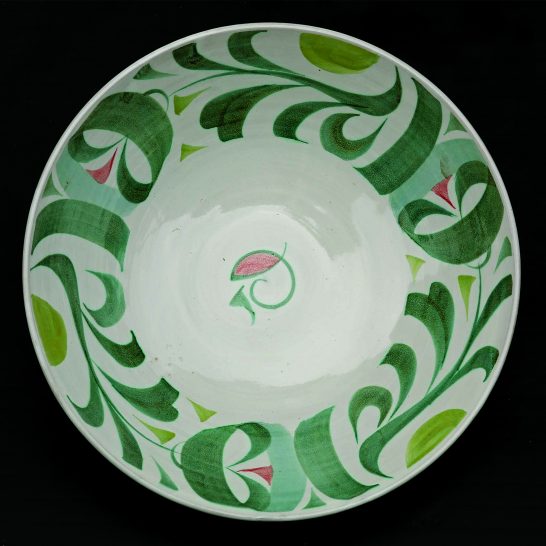 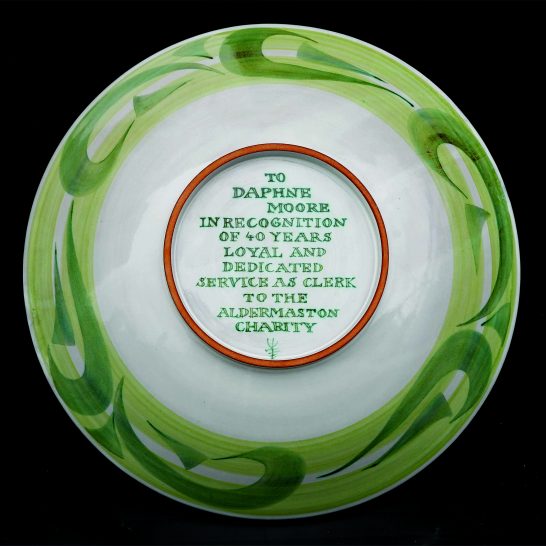 -and the details of her services inscribed on the underside 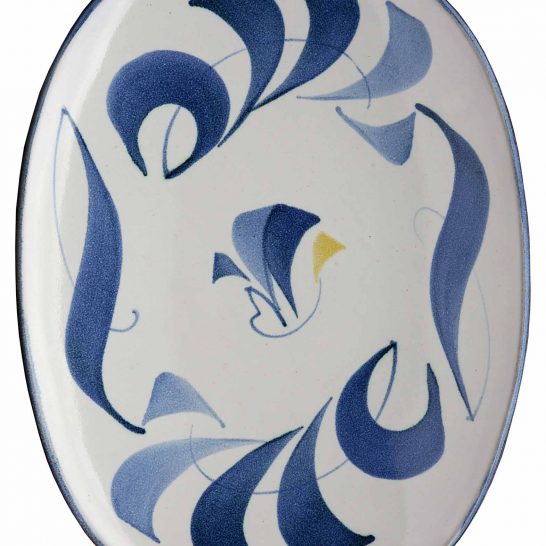 An elegant platter presented to a couple... 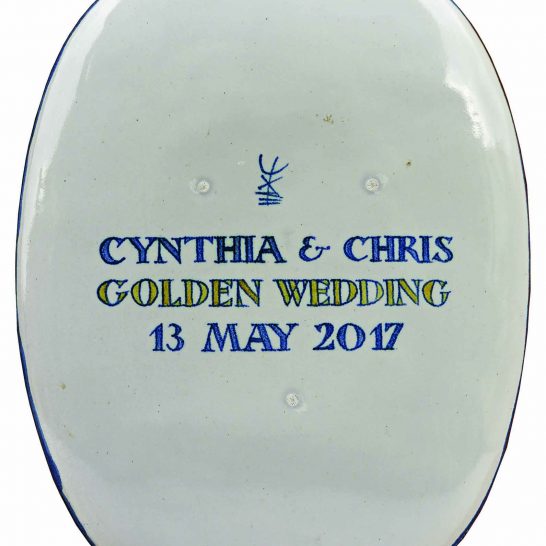 -and again on the underside the special occasion 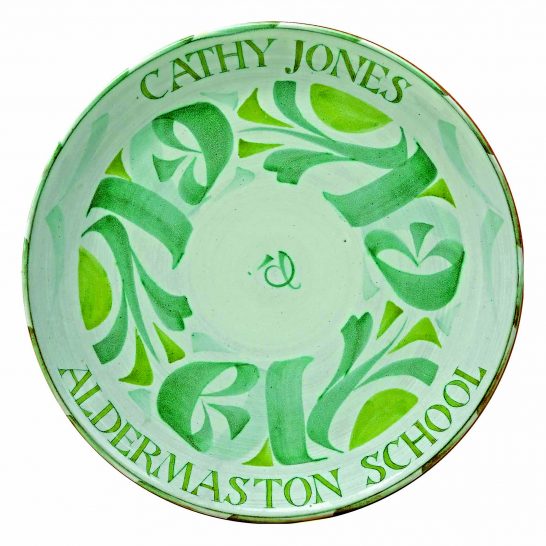 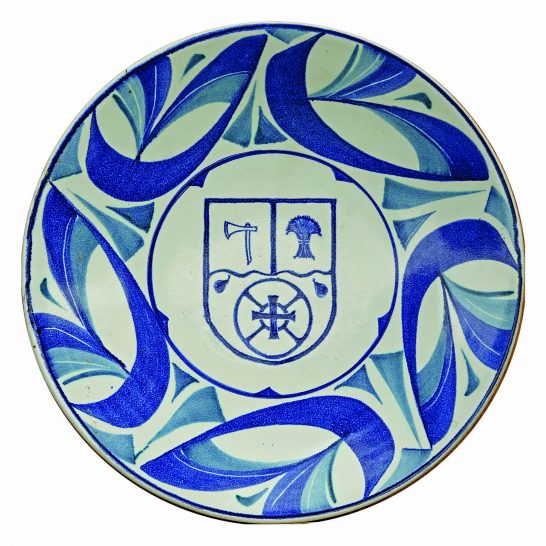 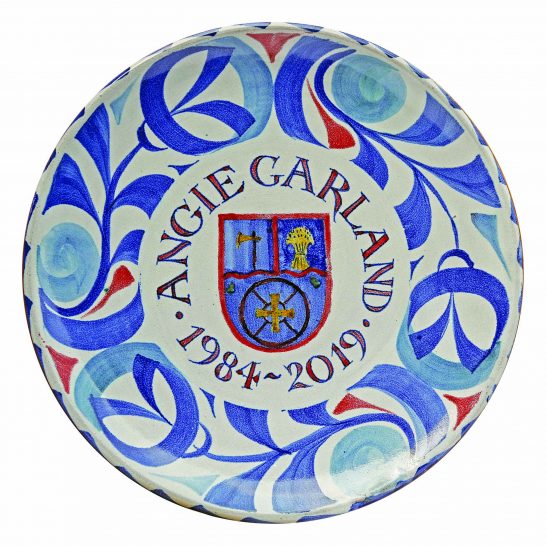 The Aldermaston Pottery achieved world-wide renown and has been celebrated in many books and museum records. The Pottery also produced many precious artefacts to celebrate local events and villagers’ achievements- and after the Pottery closed in 2006 some potters who worked there have continued this tradition. A few are pictured above in order: