Up till 1874 when it was abolished, a Fair was held every year in The Street, Aldermaston and this probably explains why this main road running through the old village is so unusually wide.

In the dark days of 1943, villagers got together and decided to stage a Produce Show. The vital need at the time was to “dig for Victory” and the “produce” consisted of home-grown vegetables and, within wartime limits, cookery, floral and other creations. The Show flourished and competition to produce the best in each category was, and still remains, intense.

The show was originally held in the field behind The Hinds Head public house but after 20 years it was moved to the magnificent grounds of The Old Mill, just to the north of the old village and September 2019 saw its 77th consecutive year. Only once has it been cancelled- in 1997 when the funeral of Princess Diana was held on the same day.

The Show offers families a vast range of attractions, displays and events, constantly renewed each year. Also every year, charities are selected to benefit from monies raised.

Over the decades, countless photographs have been taken and a small selection is shown below, with comments beneath each picture. A Duck Derby uses the mill-stream to great effect. Classic events such as children’s races and egg-throwing contests, together with dog contests and demonstrations such as Falconry, make for a wonderful day out for all the family- and the “Produce” competitions are crowned by the award of a splendid range of cups and trophies.

The Show is staged on the first Saturday of September each year: for further details see the website www.awshow.org 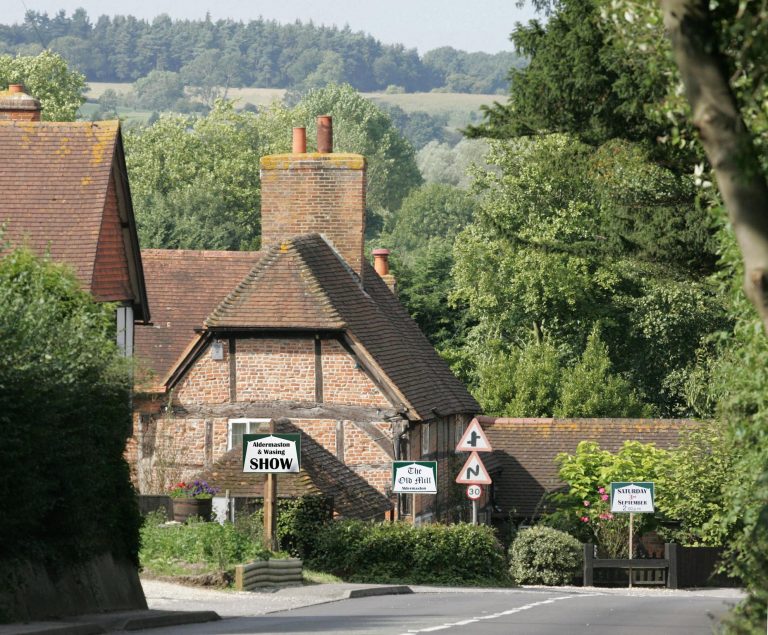 Above: a week before the Show, posters spring up all around the Parish

zoom
Above: the magnificent grounds of The Old Mill from the air. The Show occupies the grounds to the right.
zoom
Above is the Old Mill from across the Mill-Pond
zoom
The Show has accumulated a marvelous range of cups, plates and salvers - some date from 1948
zoom
The vegetable competitions are as keen as ever. To the right: Ernie and Sandra Nobes bring their entries to the Show
zoom
Judging is a serious business. Above, Katrina McCrossan and Pat Wickham assess cookery entries.
zoom
Winners from the past: Sarah Urquhart, John Vanstone, David Luker, Julia Porter, Pam Hall, Ben Arlott and Don Sims...
zoom
An ever-popular event- children's races.
zoom
On the left, Clive Vare starts another heat in the Show's classic Duck Derby. Right: a dancer performs on the lawn.
zoom
Left above: the egg-throwing contest involves raw eggs! On the right, a hilarious tug of war
zoom
Finally, after the Show the posters are dried and then stored ready for the following year.