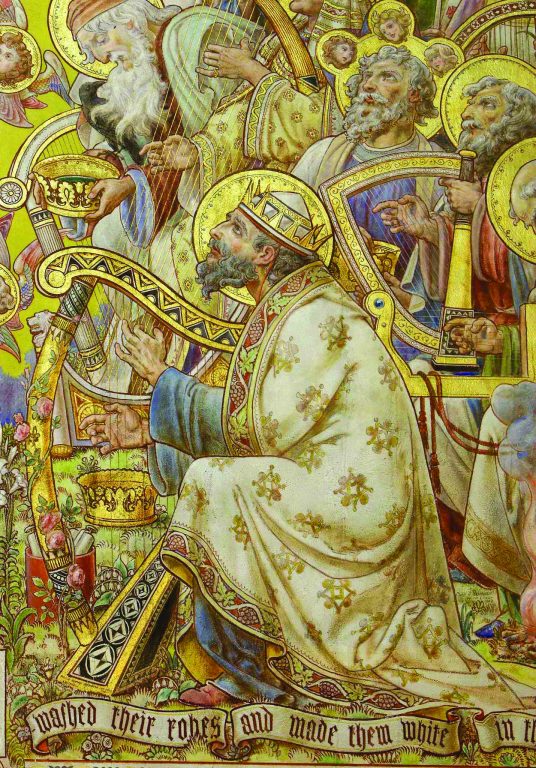 zoom
A mystery figure: the most prominent figure in the right-hand mural is this man, who must be someone important. It's been suggested that he was Charles Keyser's father and a very similar figure appears to Charle's right in the 1896 "waterworks" photo which follows.. However, the father died in 1892 so unless this painting is a memorial to him the identity of this striking figure remains a mystery.

The most prominent figure in the mural to the right must be an individual and it’s been suggested that this could be Charles Keyser’s father. A very similar figure has been spotted in the photo of the Waterworks, standing next to Charles. Speculation of course but the possibility is intriguing!