You are here: HomenextPlacesnextSt Mary the Virgin ChurchnextAldermaston Church- images from the Past

Aldermaston Church- images from the Past

This ancient church has seen many modifications over the centuries. Here are a few reminders from the past as to how it looked and some of the many things which devoted admirers, mainly successive Lords of the Manor, have changed.

The first two images below are two views of a model whose provenance is unknown but which is clearly quite old and has a charming and evocative character. Careful study of the doors (especially the north door next to what is now the Vestry which is now bricked in), windows and other features might give some indication as to when it was made. 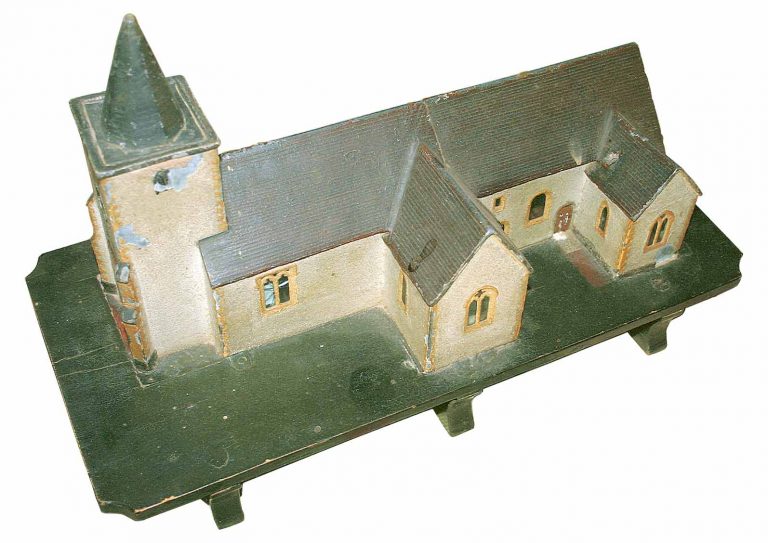 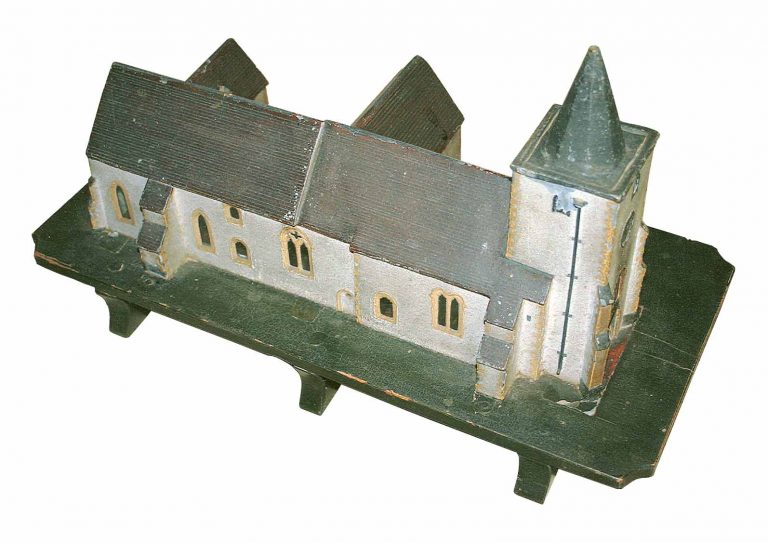 The third image is from an engraving showing the previous Manor House. This burned down in 1843 so the image is older than this. This view is now obscured by trees but the building seems virtually unchanged. 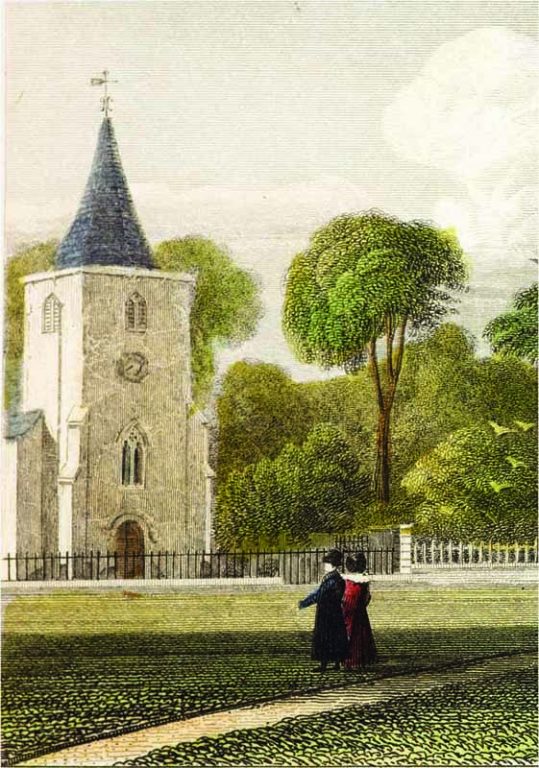 The next photo comes from the catalogue for the sale of Aldermaston Estate in 1898. The path has been replaced by a large bricked car park. 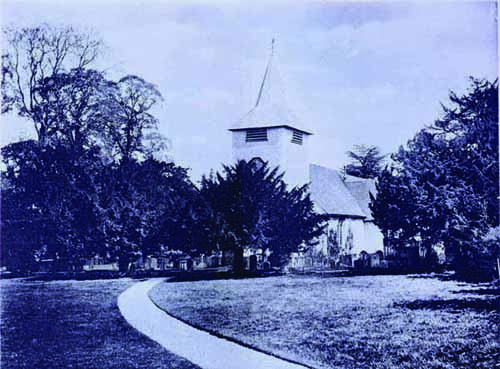 Now for two photos of the interior also dating from 1893.

The first faces east and shows the heating stove, called by Charles Keyser a “tortoise stove”. Also to be seen is the plastered ceiling which was one of the many features which he changed, cladding it in timber planking. The stark appearance led Charles Keyser in 1893 to describe it as ” too much like a barn to inspire that feeling of awe and reverence for the Divine object for which our sacred temples were erected”. 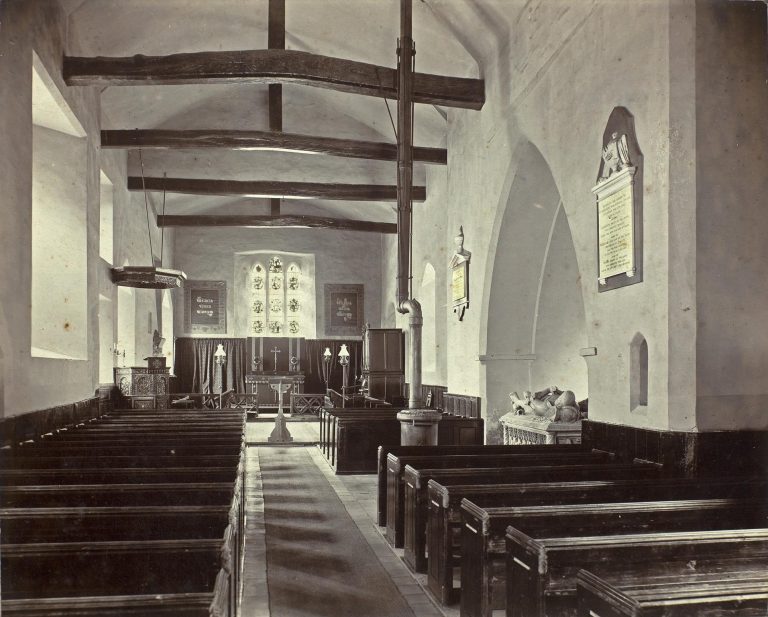 Next is a similar view taken in 2007. Virtually all of the rich decorations were added in the time of Charles Keyser- one of his many contributions to his Aldermaston Estate. 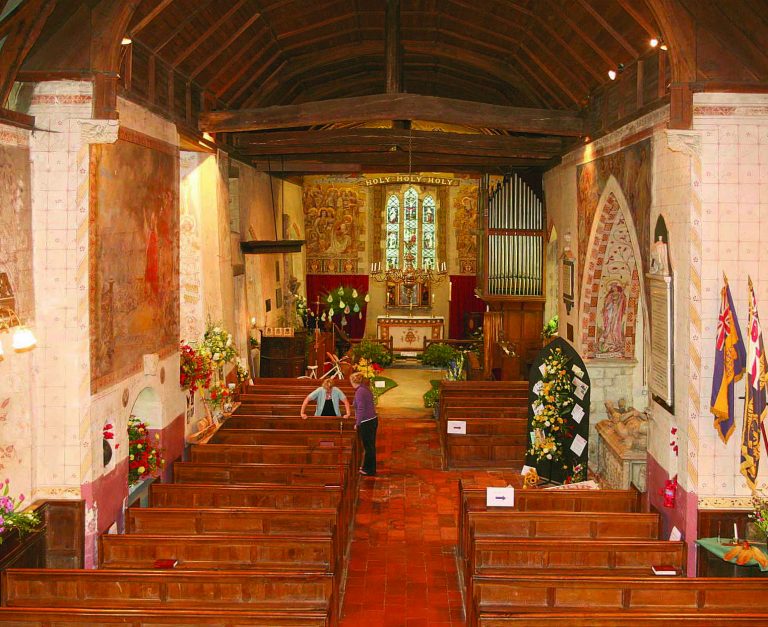 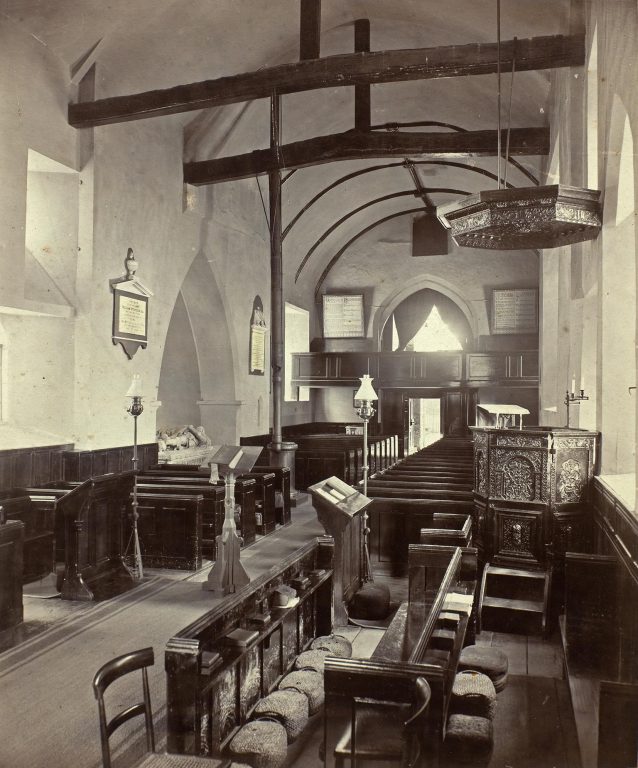 Above is another photo from 1893, facing west. The large balcony in front of the bell-chamber has been removed – and in the previous photo above,  there is no sign of the lozenge-shaped Hatchments now hanging from the southern and western walls. 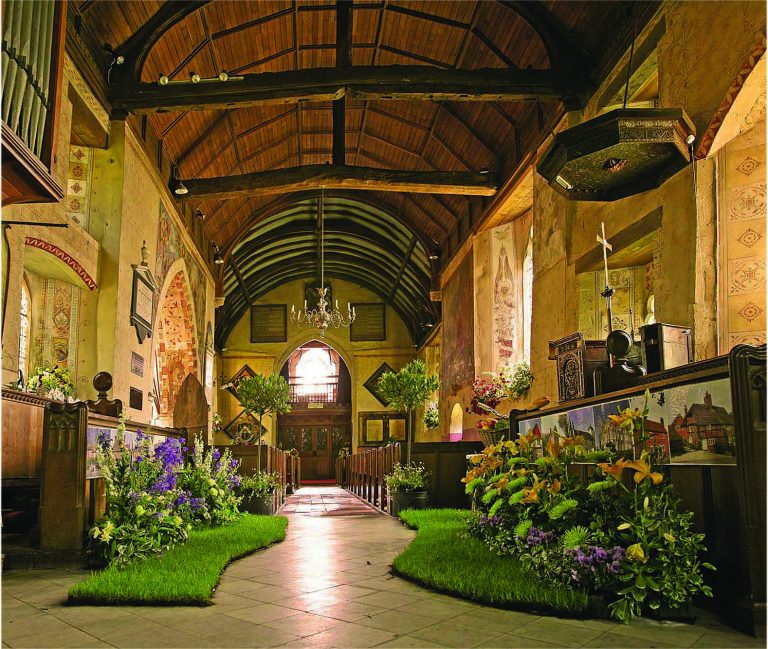 Now a similar view taken during the 2007 Flower Festival. Again, the bare plastered walls have been richly decorated and hatchments (see the posts on “Heraldry” for more details) and other plaques added. Where the hatchments, which were originally produced over the centuries on the death of the prominent people concerned, were previously stored or displayed, is unknown. 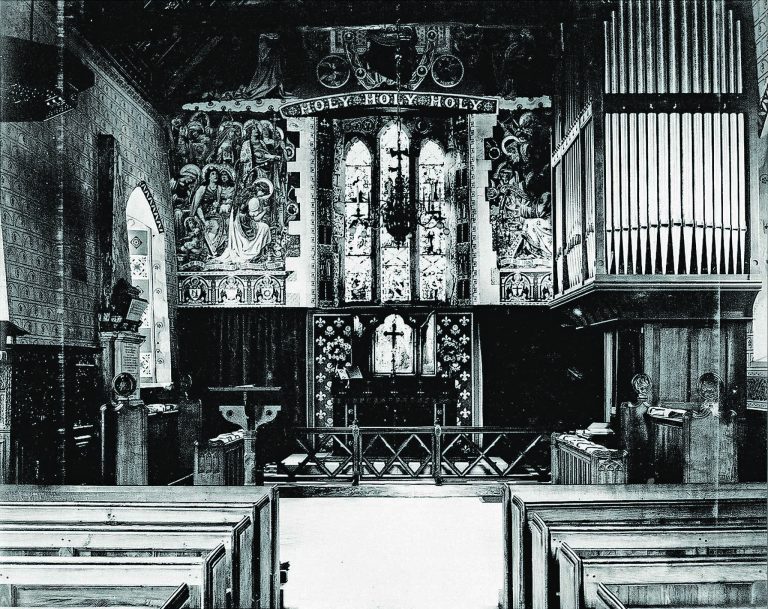