Over its long history, the church has been modified and re-decorated countless times. At one point, most of the interior walls were covered in lath and plaster which was subsequently removed. Some medieval images have been uncovered and are illustrated below.

The first image can be found on the north wall immediately to the left as one enters the church. This fragment has recently been uncovered and its significance is unclear. One speculation is that the depiction of several crescents might indicate that it concerned the massacre of the innocents. 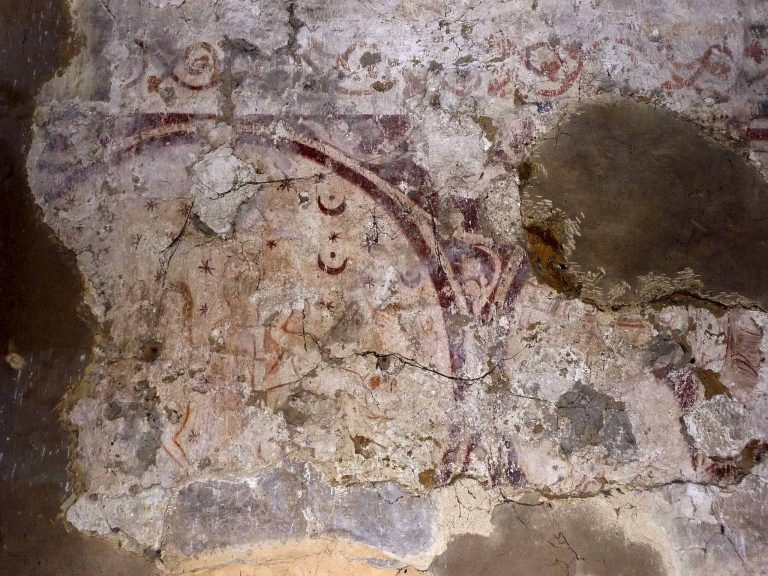 In the Lady’s Chapel can be found several ancient images and the next photo shows an overview. 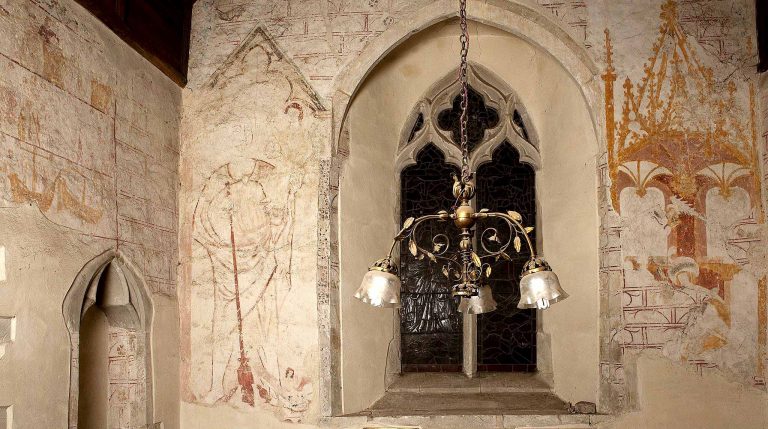 Below: on the left-hand, eastern wall is a mural generally held to tell the story of St Nicholas. This mural is on three levels as shown below.

The images at the top evidently portray St Nicolas’ restoring life to three youths who had been killed by a butcher to sell as pork- the three barrels in which they were being pickled are clearly depicted.

The middle images are believed to show St Nicolas being himself reinstated after having been de-frocked.

At the bottom, the miracle of St Nicolas calming a raging tempest could be portrayed. 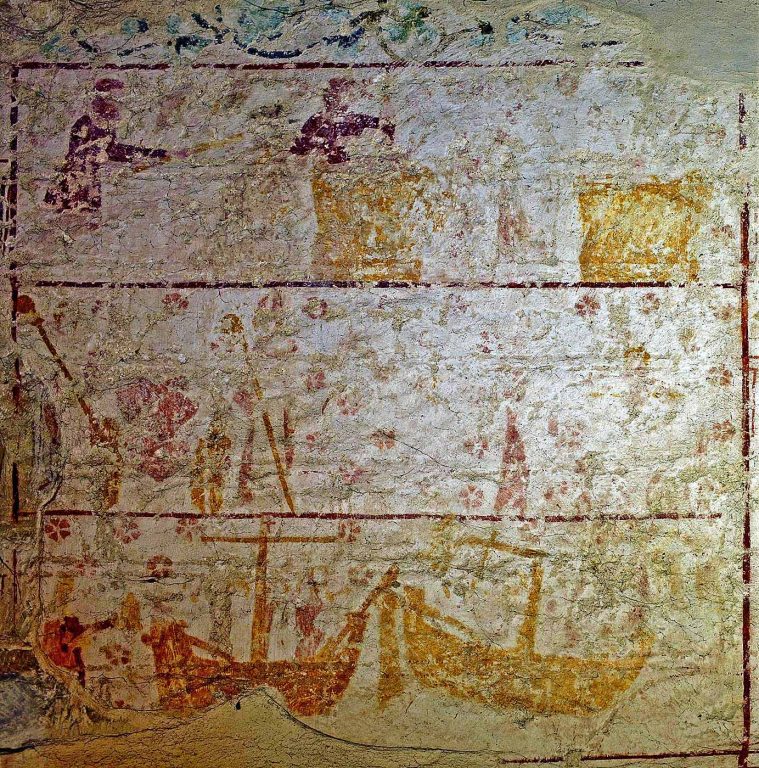 Original images of medieval ships are very rare. Here is a close-up of the vessels, called “cogs” in medieval times. 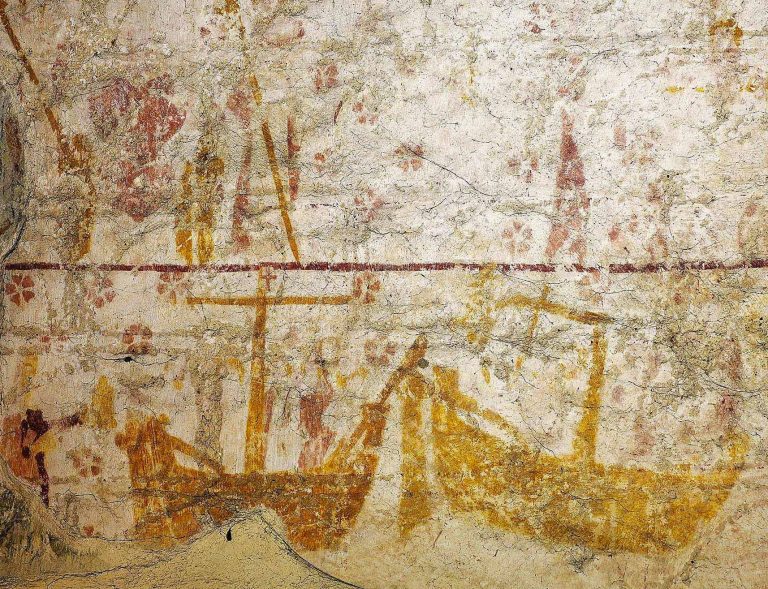 On the northern wall are two images. The left hand image is held to portray St Christopher carrying the Christ Child.  The image on the right is confusing and unclear. 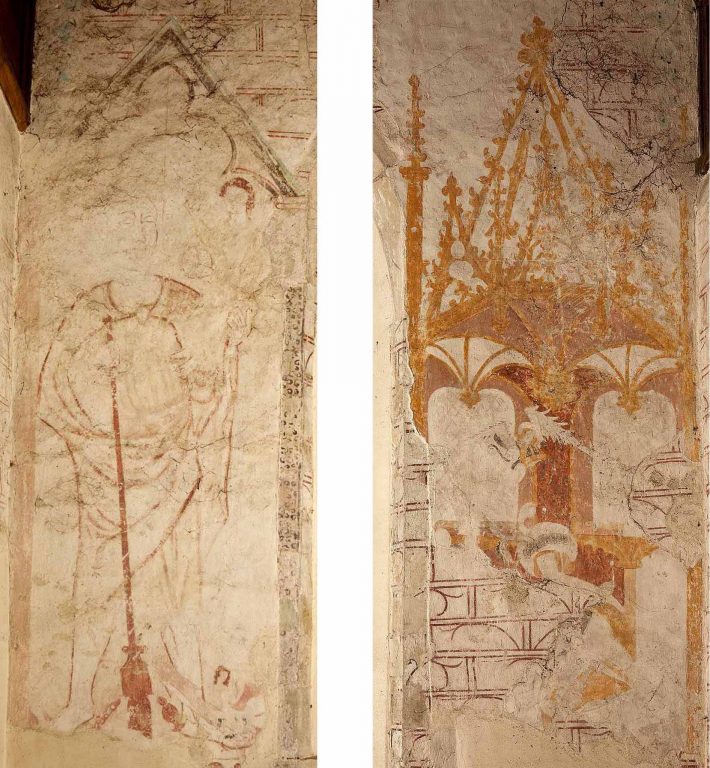